Where Have All The Loras Gone?Result of this year's parrot roost count

You are here: Home / News / Where Have All The Loras Gone?

-PRESS RELEASE-  After a season of more and heavier rains following a multi-year drought, the loras seem to have dispersed around the island, making them more difficult to find and count.  During the annual parrot roost count, nearly 700 parrots were counted.  That is fewer than in previous years, but it is not because they are not here but rather that they may now be sleeping in locations which are more difficult to access and observe.  Therefore, not all loras have been counted.  The count takes place on the last Saturday of January every year and gives us an estimate of the minimum number of parrots on the island.

Where have the loras gone?

There were roost sites included this year which haven’t been counted in many years but which are now showing activity, proving that the loras are regularly moving around the island and periodically changing their roost location. The loras are counted in a simultaneous count, which requires everyone to set off in the very early morning (pre-dawn) hours to locations all over the island.  As the loras wake up and depart from the tree where they’ve been sleeping, they are counted.

To learn more about the loras, please visit www.salbanoslora.info. A big thank you goes out to all the volunteers and to the following who contributed prizes for the volunteer raffle which followed the count: Just 4 Pets, Echo, Dutch Caribbean Nature Alliance, STINAPA, and Addo’s bookstore. 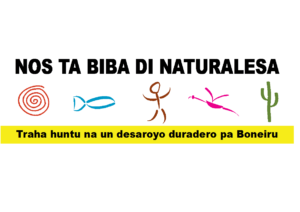 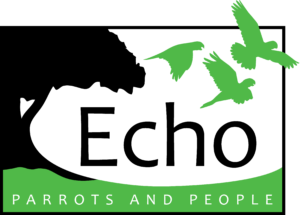 About Tropical Nature Dorian Crespo, the founder and owner of the Bonairean Company, Tropical ... END_OF_DOCUMENT_TOKEN_TO_BE_REPLACED

In celebration of World Oceans Day, Bonaire proudly announces the development of a multifaceted ... END_OF_DOCUMENT_TOKEN_TO_BE_REPLACED

The Bonaire Hotel and Tourism Association (BONHATA) is proud of the Bonaire Culinary Team 2018 and ... END_OF_DOCUMENT_TOKEN_TO_BE_REPLACED