A weekend of culture on BonaireOne of the reasons why so many people fall in love with Bonaire over and over again...

You are here: Home / News / A weekend of culture on Bonaire

Oh Bonaire, during a weekend like this, people fall in love with you over and over again.. The last days of April are filled with festivities. Since Bonaire is part of the Kingdom of The Netherlands, the island now has Kings Day; the birthday of King Willem-Alexander of The Netherlands, celebrated on the 27th of April. On the 29th of April, there are Simadan parades with children dressed in traditional clothes. And then on the 30th of April, the event everyone is looking forward to, Dia Di Rincon! Feel the culture of Bonaire through the celebrations of the last days of April. 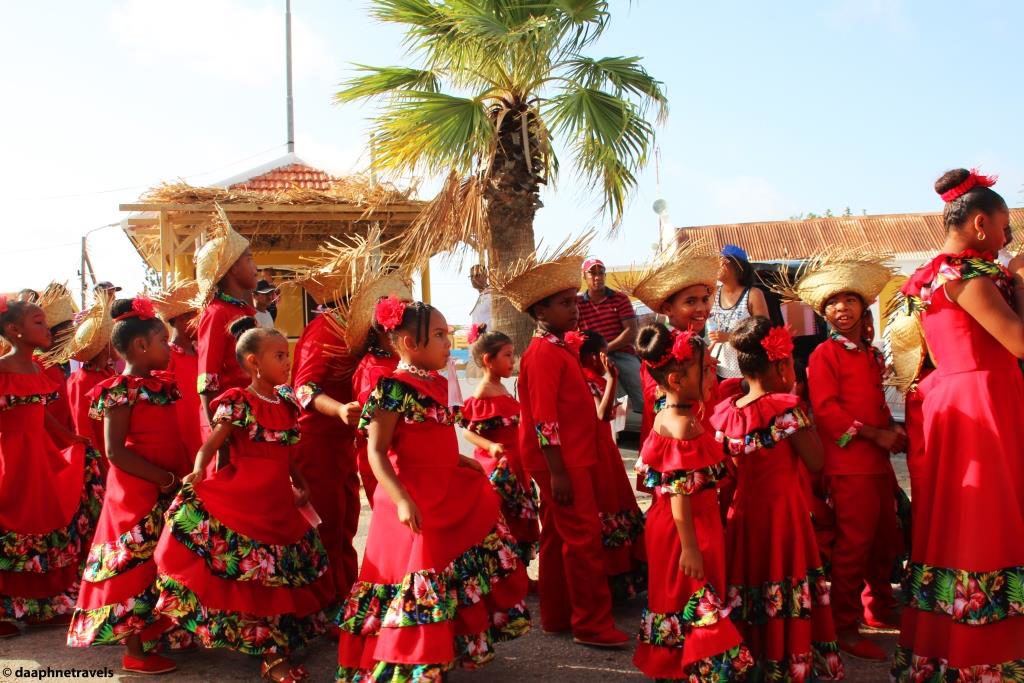 Culture on Bonaire through traditional festivities

Thousands of people were present at Dia Di Rincon. Traditionally celebrated at the end of the Simadan (harvest), Dia Di Rincon has been a cultural event for over a quarter century already. It starts early in the morning with the 7 o’clock Mass (or Misa di Dia Di Rincon), followed by hoisting the Rincon Flag. The day continues with a series of performances of local music bands. The culture on Bonaire can be felt everywhere. Rincon is filled with smiling faces and proud. Roughly, there are 5 stages, described by the location of the stage:

During the whole day, the oldest ‘city’ of Bonaire is filled with performances, festivities, dance, music and more. On Bonaire, people enjoy these get togethers and the whole island can be found in Rincon during that day. But when the night falls, the party is not over yet. Local restaurants serve the most delicious food on the streets and even icecream can be found. This is the perfect moment to taste the delicious Rom Rincon of The Cadushy Distillery, if you haven’t already.. Furthermore, every 20 meters you can find a pop-up bar where ice cold refreshments, beer, wine and cocktails are sold for good prices.

The last parade of Dia di Rincon is the best, according to many. Everyone has music running through their veins and the party mood is on! As the parade slowly walks, or actually dances, through the streets of Rincon, people start to walk with them and queue behind the last truck. Huge speakers take care of filling the streets with great local music. As long as the music is on, everyone dances in the last parade of Dia di Rincon!

About Tropical Nature Dorian Crespo, the founder and owner of the Bonairean Company, Tropical ... END_OF_DOCUMENT_TOKEN_TO_BE_REPLACED

In celebration of World Oceans Day, Bonaire proudly announces the development of a multifaceted ... END_OF_DOCUMENT_TOKEN_TO_BE_REPLACED

The Bonaire Hotel and Tourism Association (BONHATA) is proud of the Bonaire Culinary Team 2018 and ... END_OF_DOCUMENT_TOKEN_TO_BE_REPLACED