You are here: Home / About Bonaire 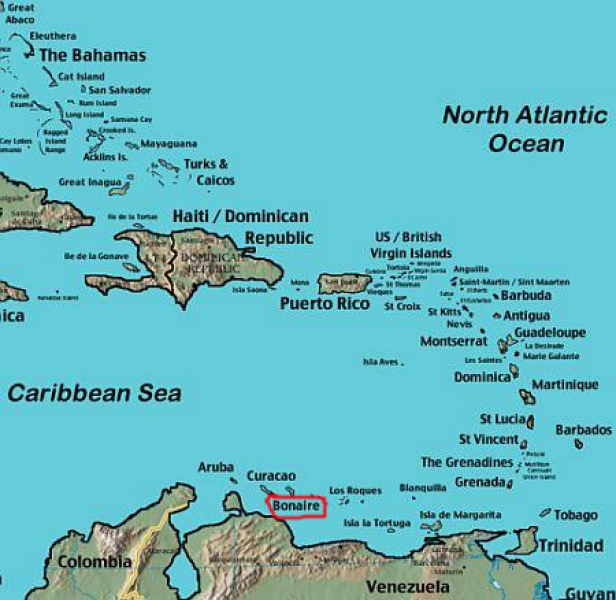 Bonaire is an intimate destination of only 112 square miles and is located just 50 miles north of Venezuela. Although small, there are endless activities to keep visitors as active as they wish!

The amazing natural habitats found on land or sea are mirrored by the beauty of Bonaire of the faces of the 18,000 people that call the island home. Their different features and hues tell the story of dozens of ethnic and racial influences. Indian, African, Asian and European inhabitants have all contributed to the population of Bonaire today. Two unmistakable features are the smiles that break out when greetings are exchanged and the soft yet firm handshakes that pass between old and new friends.

Bonaire’s culture is rooted in religious and holiday celebrations. The origins of which lie in African homelands and European harvest and feast days. The music is a mix of tribal beats using modern instruments and makeshift farm tools. One important aspect of modern Bonairean culture is food. Local Krioyo, Dutch, Indonesian, and Indian; the list is endless with unmistakable flavors that visitors will remember forever.

Getting excited? Learn about how to get here and where to stay!

Click on the photo below for an aerial panoramic view of the island.

Look into the eyes of Bonairians and see a kaleidoscope of history. Bonaire’s first inhabitants were Caiquetios, a group of Arawak Indians from Venezuela, believed to have arrived about 1700 years ago. In 1499, Alonso de Ojeda and Amerigo Vespucci arrived in Bonaire and claimed Bonaire for the Spaniards. This day is still celebrated each year on the 6th of September as the Bonaire Flag day. By 1636 the Dutch took back the possession of the Island. A plaque in Wilhelmina Park honors Mr. van Walbeeck the Island’s first Dutch Commander. In the late 1600s, African slaves were brought to work on the Island. 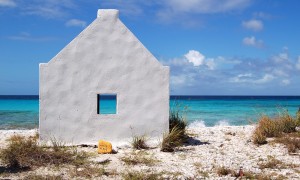 od of 1799 -1816, sometimes referred to as the “time of confusion,” the Island was occupied off and on by various countries and individuals. This was due to changing European politics, which in turn affected the Caribbean Islands. In 1816, Bonaire returned to the Dutch Kingdom and it has been eversince.

The COVID-19 measures are more strict from March 5th. Bonaire is officially in Risk Level 5. It’s of the utmost importance to continue to adhere to the basic rules. Read the extra measures during this...